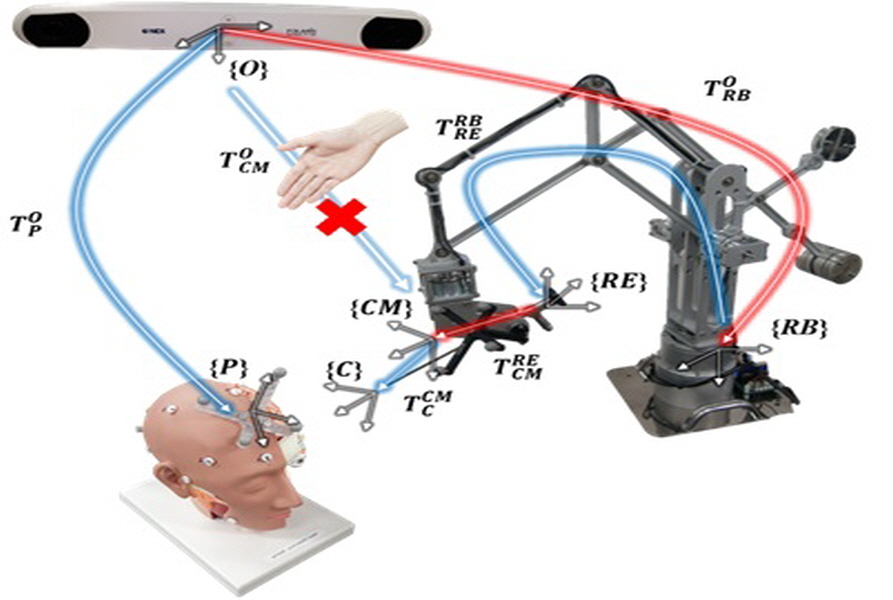 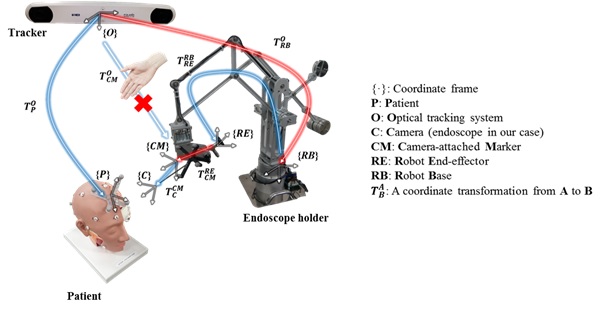 ● Optical tracking system has been widely used for implementing AR navigation system in sinus surgery because of its accuracy and reliability as well as large tracking volume. General equation for implementing AR from the AR configuration as shown in Figure above is given by

● However, in case that CM is blocked by an obstacle or someone, no way to track CM from tracker exists (see Figure). To address it, we developed the integration system of endoscope holder and AR navigation for solving line-of-sight problem of optical tracking system in sinus surgery.

● An endoscope holder system for sinus surgery has been recently developed by Hanyang Univ. A motivation of developing this system was to help surgeons do two-hand surgery, and to release fatigue caused by holding the endoscope during sinus surgery.