This system provides automatic drill tip alignment and target drilling. Unlike previously proposed robotic drilling systems, the system developed here employs a drilling mechanism based on rolling friction and an orientation mechanism using a four-bar linkage with a linear actuator. 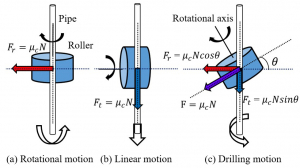 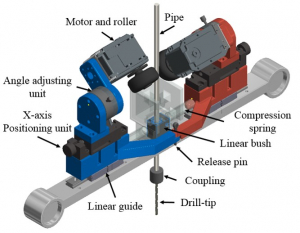 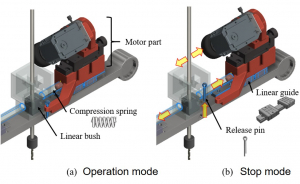 When the operator pulls the pin out, the compression springs push the motor parts back from the pipe.
Consequently, the power transmission from the rolling friction ceases, and the drill tip can be removed. 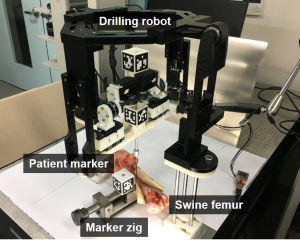 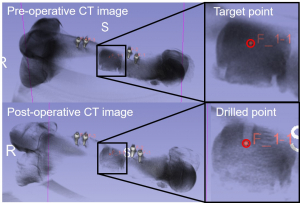 We developed a new type of drilling mechanism based on rolling friction.

– It has the advantages of facilitating drill tip detachment in emergency situations and enabling the robot to have a compact structure.

The orientation mechanism should have a more compact structure to be fixed by a passive arm.