We propose a new type of RCM mechanism to have a high resolution and rigidity. In addition, we designed a single motor-based drilling mechanism based on rolling friction. To achieve automatic control of the guiding and drilling process, we incorporated a computer-tomography-based navigation system. 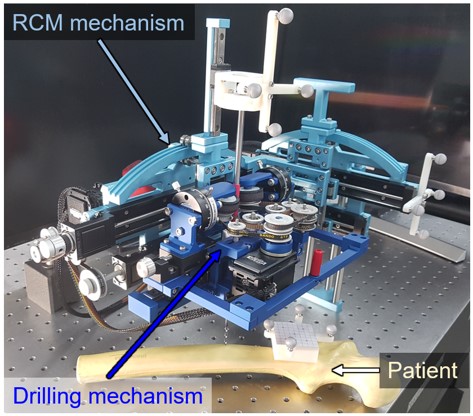 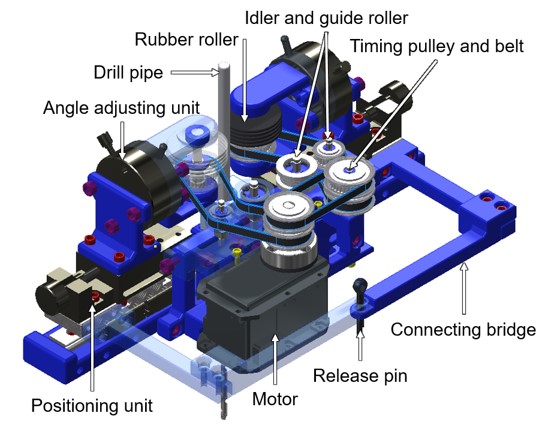 ● Reduction of the number of the motors to be cost effective and free from motor synchronization. 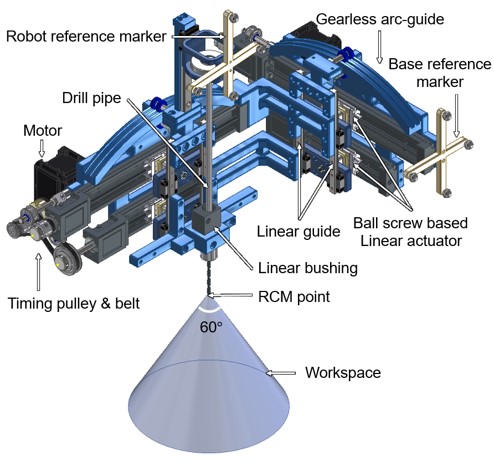 ● Each trigonometric ration based tilting mechanism were orthogonally connected. 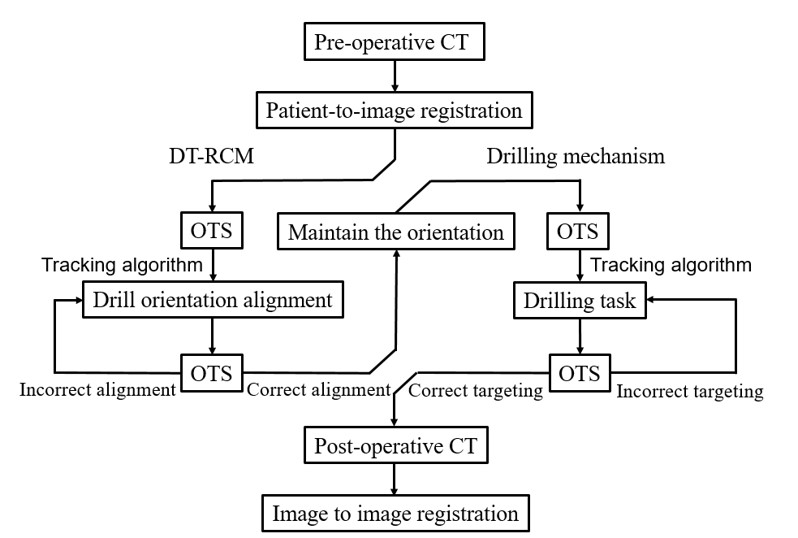 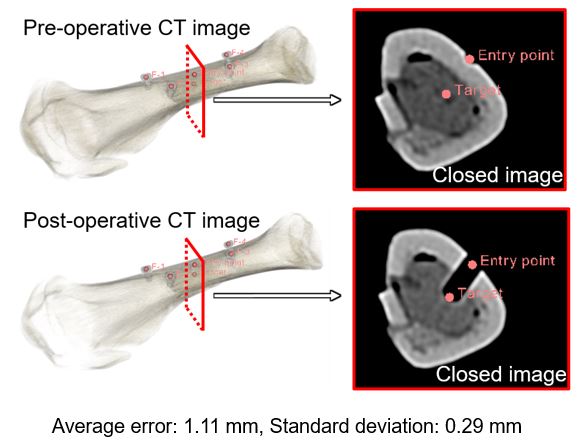